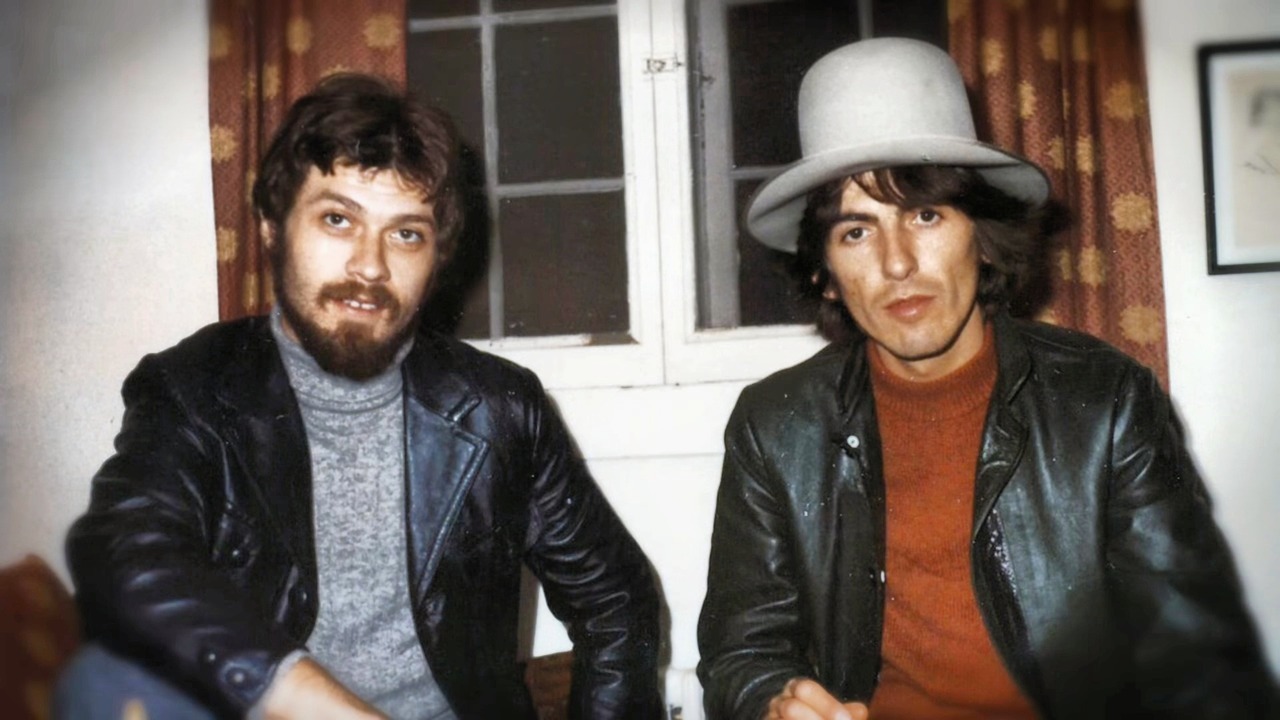 The Beatles had been Bob Dylan, The Byrds, Elvis Presley, the Beach Boys  and others. And on January 3 for the rehearsals of “All Things Must Pass,” George said, “We’re pretending to be The Band for this one.”

These are genuine rehearsals, the band learning chords, harmonies and the song in general.

(I embedded this last post about the song, but worth repeating.)

They sound mostly not good, beset by some technical woes, a lack of focus and generally sloppy play. If this was how John and Paul treated George’s songs during rehearsals for all their other albums, we’re lucky to only have recordings available for these sessions to spare him the indignity.

As the rehearsals continue, George elaborates on the sought-after vibe.

“The thing that I feel about the emotion of it is very Band-y. Rick [Danko], this one, the one who wrote really the best ones. It’s like…” [plays the first verse]

He begins to describe how he wants the backup vocals during the chorus to sound.

“If there’s people joining in, I’d appreciate it,” George says.

After a few takes, Paul offers a suggestion. “If John sings what you’re singing, and I sing harmony that’ll be the Raelettes [Ray Charles’ backup singers].

But it’s The Band that George wants the inspiration drawn from.

“The reason all their people are singing different lines is they all want to be the singer. … [And] there’s discipline where nobody’s crowding anybody else out. But it’s really great.”

January 3 “All Things Must Pass” harmonies, from the Get Back docuseries.

As the harmonies continue to be worked out as they wrap up the day’s rehearsals of the song, John at one point remarks, “It’s getting like gospel.” But it also gets pretty sloppy. These kinds of harmonies do work for The Band, but it’s not quite working for George, Paul and John. Ultimately, some of the suggestions George had for the harmonies would show up in altered form when the song finally was released by George himself.

(First minute or so is from the Jan. 3 sessions)

“This guy Paul is looking a bit like from The Band who’s the organist [Garth Hudson], he’s really fantastic. And he’s into that so much. And it sounds a bit like a synthesizer, because the notes bend.”

So The Band gets the credit for the song’s sound. What about the lyrics? George explains to John:

“It’s Timothy Leary, I suppose.  In his ‘Psychedelic Prayers’ he had one. I remember just from years ago. … That gave me the idea for the thing.

There indeed is the first verse, nearly verbatim, in Chapter 23 of Leary’s book.

In fact, George summarizes nearly all the above quite neatly in his 1980 tome I Me Mine, without giving quite the level of direct credit to Leary, at least for the song’s first few lines.

Near the end of the day’s rehearsals during a break, John’s misreading of the lyric sheet — he sees “wind” as “mind” — ends up as a suggestion.

“A mind can blow these clouds away. … There’s a bit of psychedelia in it, you know? Social-comment like. “