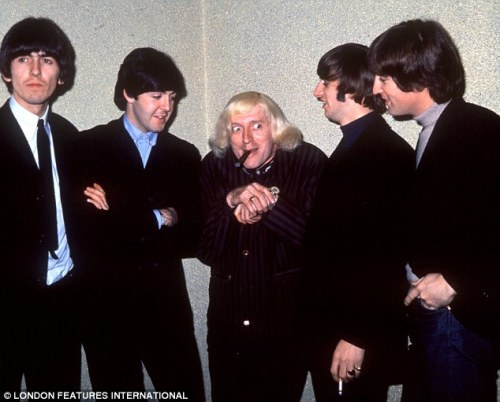 The conversation took a very silly twist before taking a sober turn.

A half-hour or so into Tuesday’s wandering discussion attempting to define the framework for a live show, it was suggested that if the Beatles didn’t play for sick children, they should play at an orphanage. Or maybe it’s a show of all dedications.

“What’s the most charitable thing anyone can do?” director Michael Lindsay-Hogg asks before suggesting the band perform mass murder. “There are certain judicious murders in the history of the world which are very charitable.”

Paul then expands on his equally farcical — presumably farcical, at least  —  idea of playing at the Biafran airport amid the Nigeria-Biafra War. That is,  after they “rescue all the people.”

“Say we were doing it in an airport, you couldn’t stop all the people coming and going — they’ve all got planes to catch. So like you’d get a lot of people all the time, going for planes. … It’d be a scene.”

And so would a children’s hospital before an incapacitated captive audience. “They can’t get up and walk,” Paul says. “Except for the finale, when John walks up to the little girl. … aaah — she gets up and walks!” 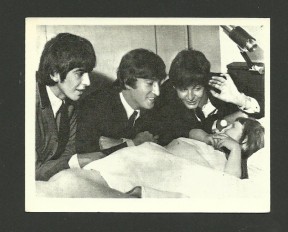 Alas, if only John can cure this process and heal the band. Lindsay-Hogg says he wants this to be better than any rock-and-roll show ever staged. And it’s not only because he wants to be proud of his product.

“You may never do another television show.”

It’s a bitter pill, but clearly Lindsay-Hogg knows the band is hanging by a thread here, just days into the Twickenham sessions. Feel free to read more into what George is playing low in the background during this part of the conversation: “I Shall Be Released” and “To Kingdom Come,” both by The Band.

“They just sound like that album in their house, in their living room,” George tells Mal as Paul and MLH go over (again) the possibility of filming the concert at Twickenham.

George then brings up a point not yet broached — will the Beatles be the only band on the bill? The last time they put on a TV special — Magical Mystery Tour, just over a year prior — The Bonzo Dog Doo-Dah Band performed during the strip-club scene, and Traffic was filmed but left out of the final edit.

So padding out the bill wouldn’t have been that unusual a thought, especially in the light of the Rolling Stones’ recently filmed Rock & Roll Circus and its own dazzling lineup. Then again …

“Are we going to have other people or just us —  John, Paul, Jeff and Richie?” George asks. “But then, you’re getting the bit where The Who steal the show.  But …   let the best man win.”

Lindsay-Hogg believes in his boys, saying, “If anyone can hold an hour, it’s you.”

George admits he isn’t so sure, but Paul has no doubt. What he’s struggling with is getting any semblance of a fire lit under the band.

“I don’t see why any of you — talking to whoever it is not interested —  get yourself into this then,” Paul says after Ringo says something difficult to hear, but likely being “not interested” in traveling. “What’s it for? Can’t be for the money. Why are you here? I’m here ’cause I want to do a show. But I really don’t feel an awful lot of support. Is anyone here because they want to do a show?”

Lindsay-Hogg wants to do a show. Meanwhile, haven’t we already heard this conversation several times already at Twickenham these first few days?

“Mal is right,” Lindsay-Hogg says, referring to comments from the roadie moments earlier. “Entertainment is almost enough. It’s where to put the entertainment.” Lindsay-Hogg also pushes the potential multimedia package the sessions could yield: an album, a documentary and the live concert, and George acknowledges it could be a bounty.

But he adds a caveat.

“If we can get the enthusiasm and really strength to do it.”

“All the ideas like hospital, orphanage, charity is part of it,” Lindsay-Hogg says. “It should be great, great showbiz, because that’s what’s going to make people happy. …  A smile on the lips of a small boy in France or a tear in the eye of a big girl in America is what we want.”

Part of the problem here is that Lindsay-Hogg is either wildly misreading the gravity of the situation at hand  or overreaching in setting up a diversion. Certainly it’s the latter, he’s no dummy. The Beatles are in dire straits. It’s out in the open. He’s lucky to have them in the studio together in any capacity. I’m not sure there was a stage anywhere on earth — plenty were mentioned, for sure —  that would have created any greater spark than they already had within them.

History made it clear. The group traveled a few dozen stairs at 3 Savile Row to the roof, where they did create magic. But that magic wouldn’t have been any more enchanting had they staged the same show at Sabratha, Biafra, George’s house or the Twickenham soundstage. Their hearts, collectively, were in it to a specific point, and that’s what bore out on the roof.

But more on that later.

The conversation keeps going, and even gets more depressing and deflating next post.